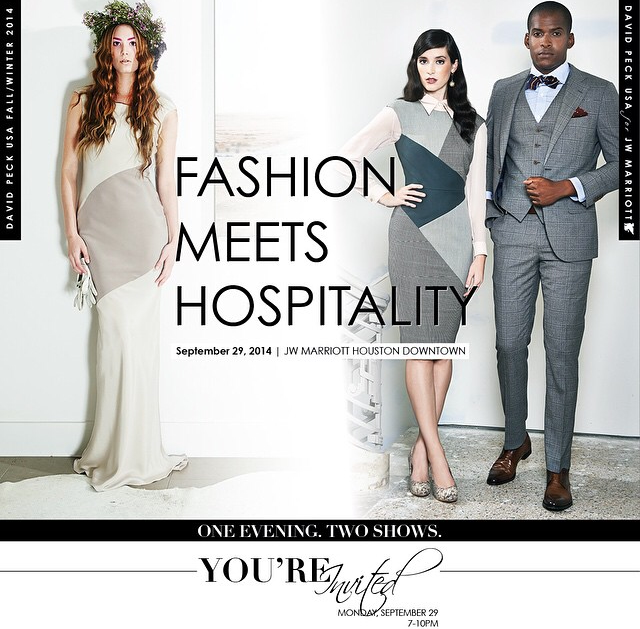 One of the benefits of my job is that we supply the majority of the models for any fashion show/promotional/party that happens in Houston, and as a result, we get invited to attend said events. Now, do not get too excited; I certainly do not get front-row seats to every fashion show (a girl can dream), but I do get a second-row position, behind whomever’s swanky head is deemed more important than mine.

This particular event was a collaboration between David Peck USA, an American fashion house who, with the help of about twenty-five employees, creates an “unrivaled experience, adhering to the values of the consumer while remaining flexible to the demands of the traditional fashion calendar,” the JW Marriott Houston, and Suit Supply.  David Peck designed the new uniforms for the Marriott’s employees, and they provided the venue for the release of his new line. My friend Devon and I arrived at the Marriott, where I released my car into the capable hands of their valet, and we stepped into the cool interior of the the hotel. We made a quick stop for a press photo before we happily grabbed glasses of champagne from the servers lining the entrance, and proceeded to network with the other attendees. Hobnobbing has never been something I particularly enjoy (which is unfortunate since the only way to get in anywhere in this world seems to be via connections), so I was overjoyed to run into Clinton, a long-time friend from college.  He works for Suit Supply and assisted in putting together the menswear line featured in the show; he also freed me from a “riveting” chat about Houston mayors. After flitting about chatting, I snagged two of our models for a photo; you may recognize Alex (middle) from his work for Bloomingdale’s, J.Crew, and Target, among numerous others.

Soon, we took our seats, eagerly awaiting the start of the show. The opening looks were rolled, literally, out on a luggage cart. (I hope the pun is not lost, as our venue was a hotel). 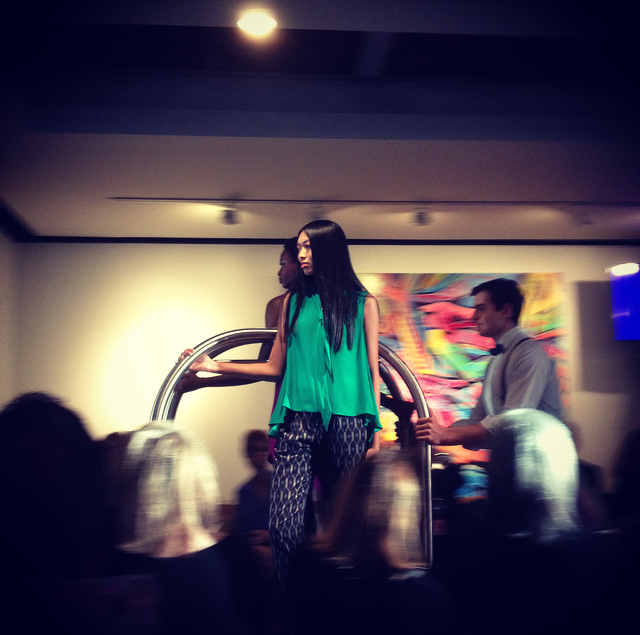 The striking green top was a wonderful start to the show; soon David’s collection transitioned into  sleek work wear, and lastly, gowns. While I was not fully content with the collection (the cohesiveness was not there for me personally), he did have some striking pieces. 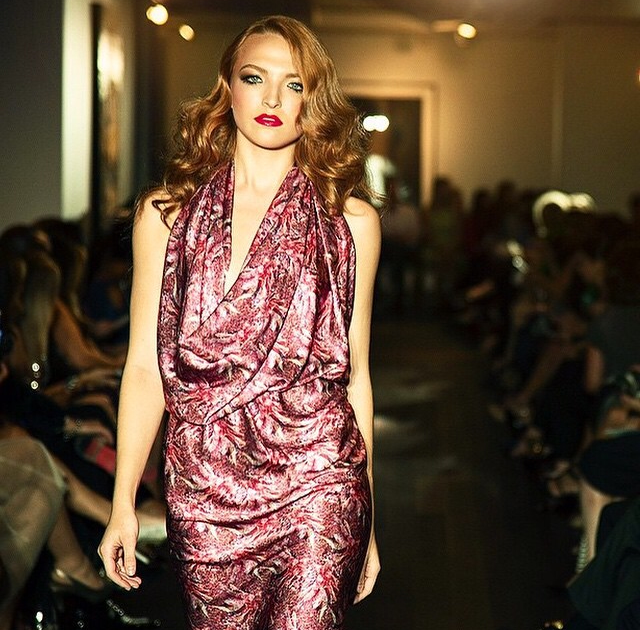 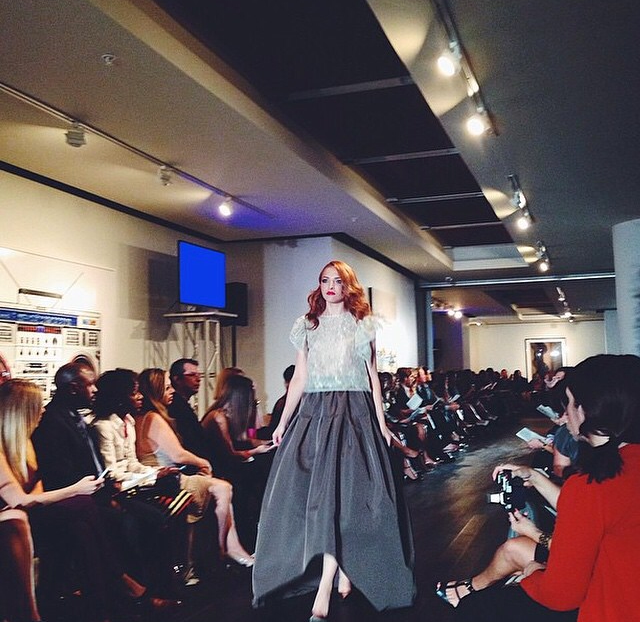 After the two-hour show, I was happy to return to my home, slip off my heels, and snuggle into bed, but I fell asleep dreaming of gauzy dresses and silkily-draped fabrics.