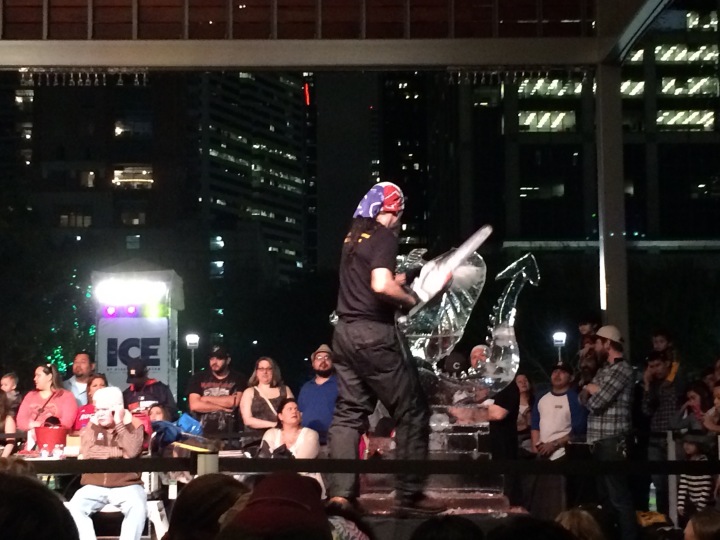 One of the best parts of living in Houston is the continual array of activities and events that take place. Recently, however, I realized that I do not take advantage of all of the wonderful things Houston has to offer; the majority of the time I am unaware of the many events that are taking place until it is too late. Last Friday, while I was at Happy Hour with a couple of my coworkers, one of them mentioned a Facebook page called 365 Things To Do In Houston, and much to my pleasure, it is the go-to spot for all of the latest events, restaurants, and advice for all things Houston. Later that night, as I was eagerly scrolling through their page, I came across The Frostival. This event was a festival to say adieu to winter, hence the name Frostival. I eagerly suggested it as my siblings’ and my Sunday Social, and they readily agreed.

As Sunday dawned and temperatures climbed into the seventies, it made bidding farewell to the “chilly” winter weather very fitting. We packed a picnic and headed out to Discovery Green. 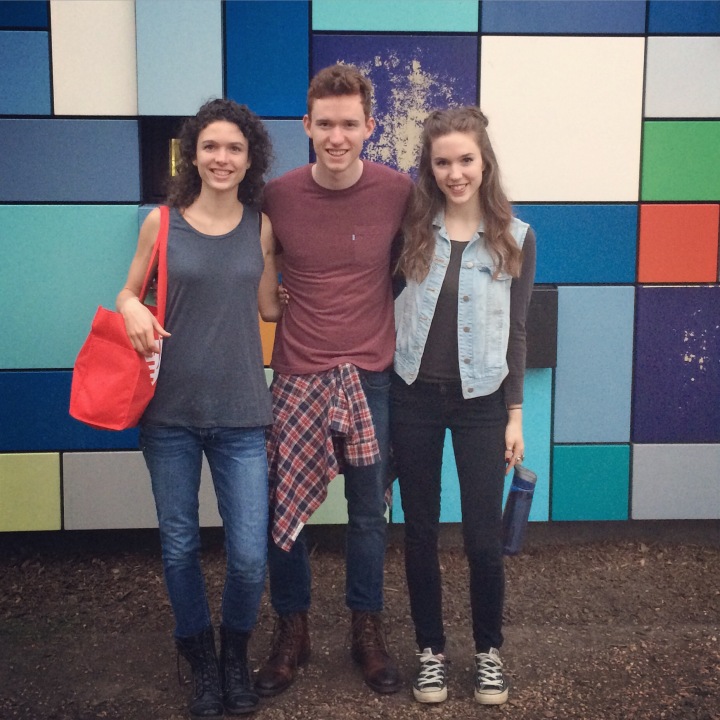 Strolling around the green, as always, was pleasurable and chock-full of things to look at. Large ping pong tables were carved out of giant blocks of ice and the children, and adults alike, enjoyed the frosty twist to a classic game.

Festivals always draw out unique and colorful individuals, like this gal, who was enjoying practicing her hula hooping, while wearing a pair of bloomers. 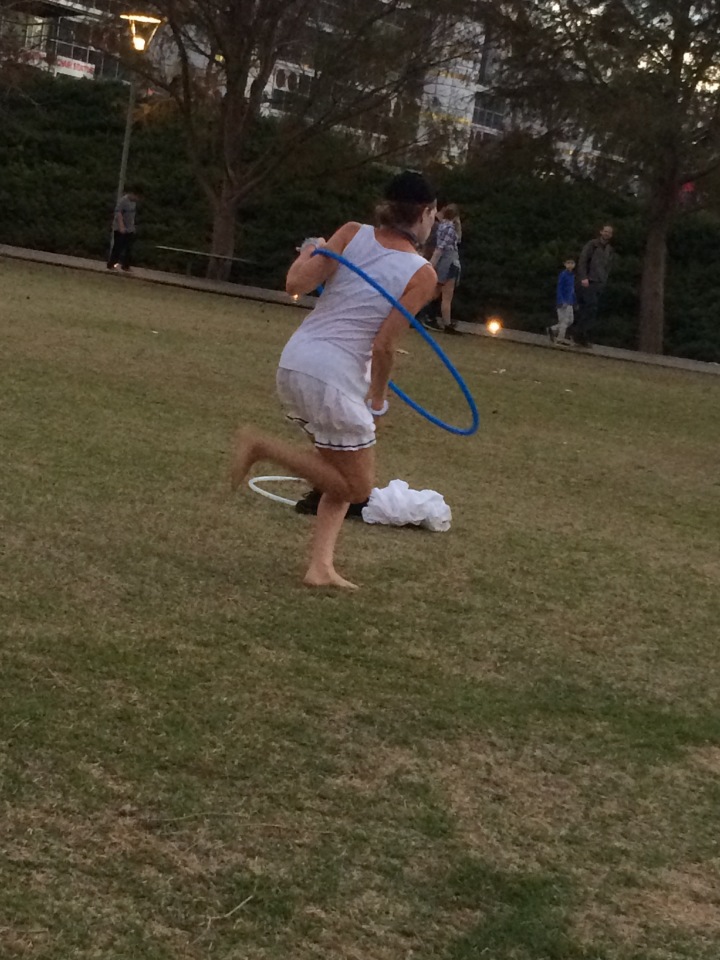 Or this couple who was working on their yoga techniques. The couples who yog together stay together? 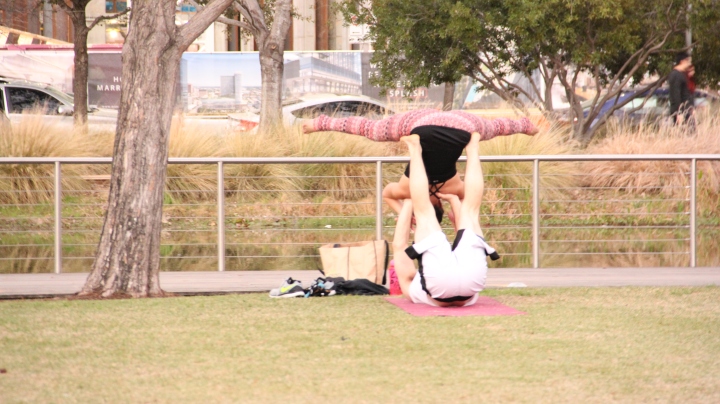 As the sky darkened, the beautiful Field of Lights display began to illuminate the green, much to the pleasure of the festival goers. 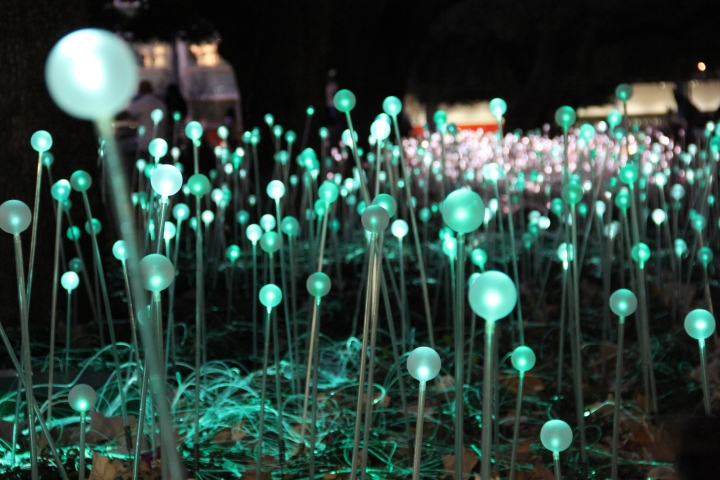 Next began the heavyweight round of ice carvers; these champion artists will be working together to represent the great state of Texas in the National Ice Carving Championship in Alaska, but today they were battling against each other for the highly sought-after championship belt. 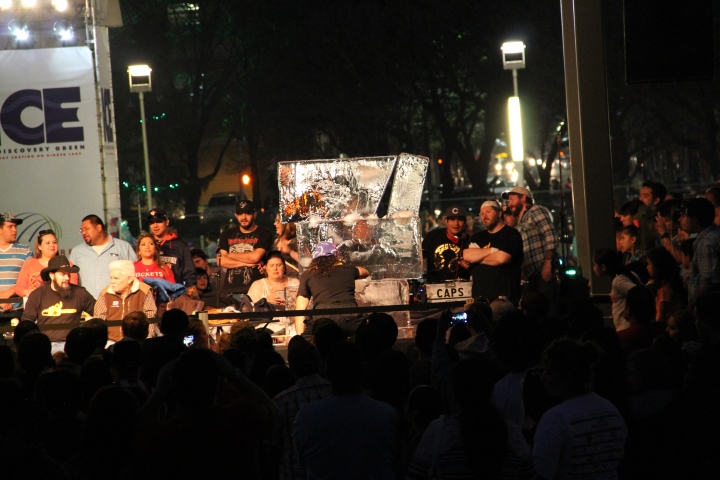 They were given three rounds of fifteen minutes to complete their masterpieces.

Both artists ended up creating beautiful dragons from their blocks of ice, and while the detailing was stunning on each, the crowd favorite was the winged creation below.

As the night drew to an end, the artists put their chainsaws down, and we headed home, leaving the beautiful pieces to slowly melt away in the warm Texas night. 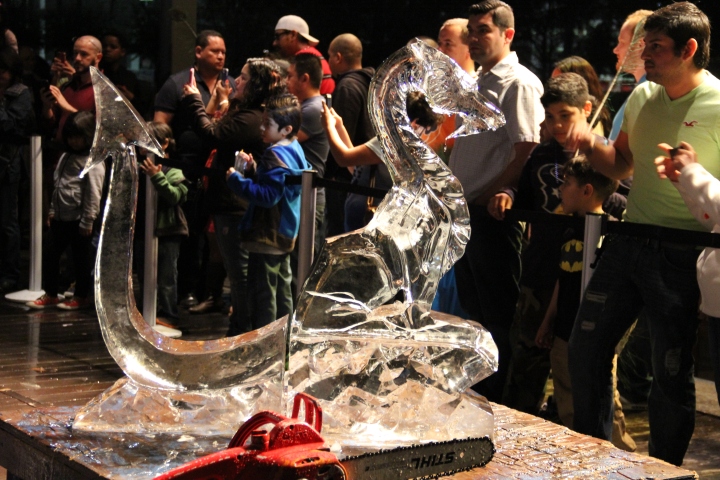 Let’s talk Hashtags!
I spent this weekend painting our SECRET BOOKSHELF DOOR, and it is almost finished! 🤫
Headed to @summermooncoffee last weekend, when Austin wasn’t covered in ice!
How do y’all feel about skinny jeans and side parts being out, and straight jeans and middle parts being in?
It’s a good day y’all!
Lulu legging dupes!